Friendly Fire Music has lined up a few HOT dubplate sessions for the next few weeks, both in Friendly Fire Studio, and out in Jamaica. As well as veterans like Brother Culture, we have younger artists like Raphael and Lion D, as well as the rising stars Lion Art and Dan Giovanni. 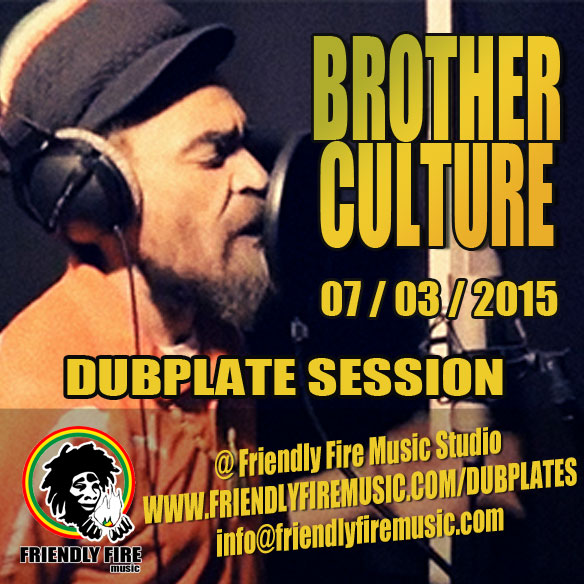 A fixture of the UK scene as part of Jah Revelation sound, Brother Culture will be blessing the studio before his show at PST – nuff tunes outta road, from roots to digital 8-bit.

Check his discography on Discogs 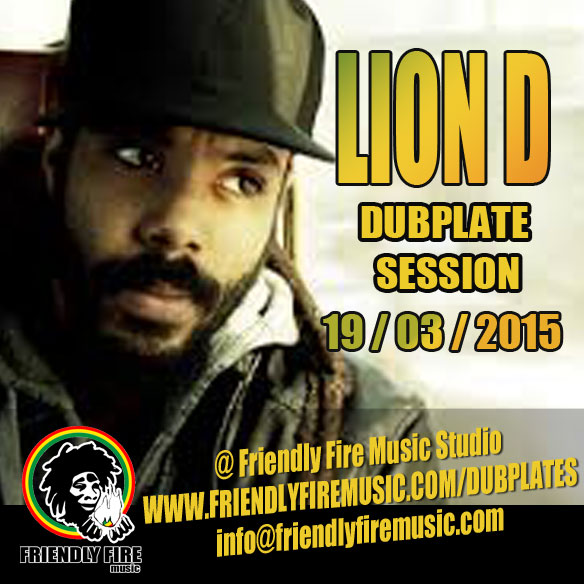 From the Italian connection, Lion D will be touring the UK promoting his new album produced by and featuring Alborosie as well as MR Vegas, Ken Boothe and more, which is out on the 24th feb. Here’s his latest video. 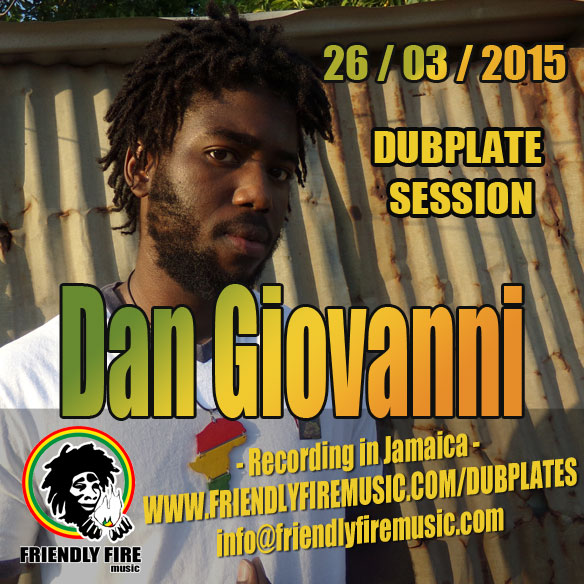 Available for dubs AND 45s, Dan Giovanni is a young upcoming artist, who is already very versatile – he can sing and DJ, and we are organising a dubplate session to help get his album off the ground, as he is set for big things! Already a bag of releases under his belt, here’s the dubplate he recorded for Jam Jah.  ther tunes include Also I Will Wait / Watch Over Me

In April, we have Raphael and Lion Art already lined up! Lion Art is promoting his new single RUN AWAY – FREE release ( Download Here), and Raphael touring the UK!